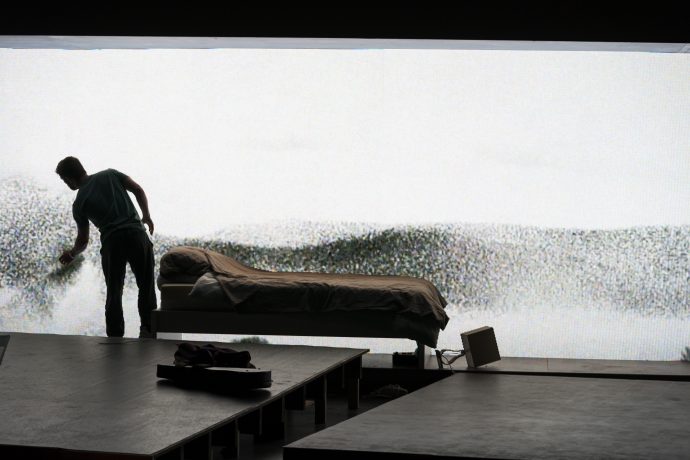 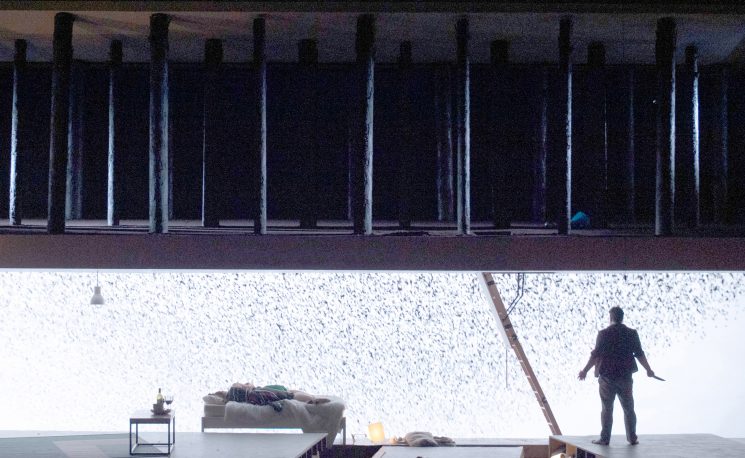 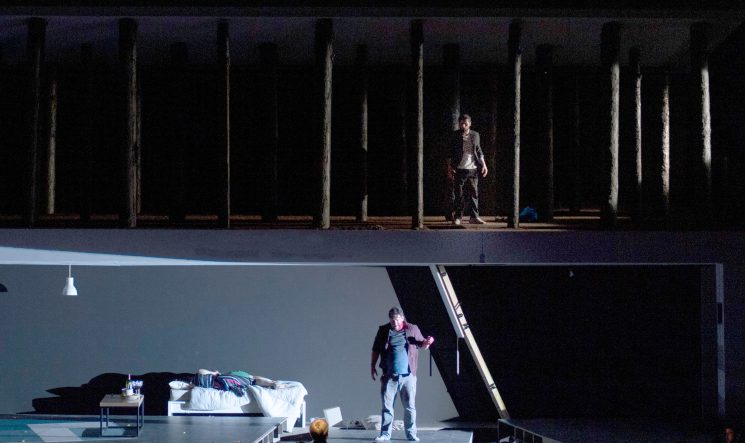 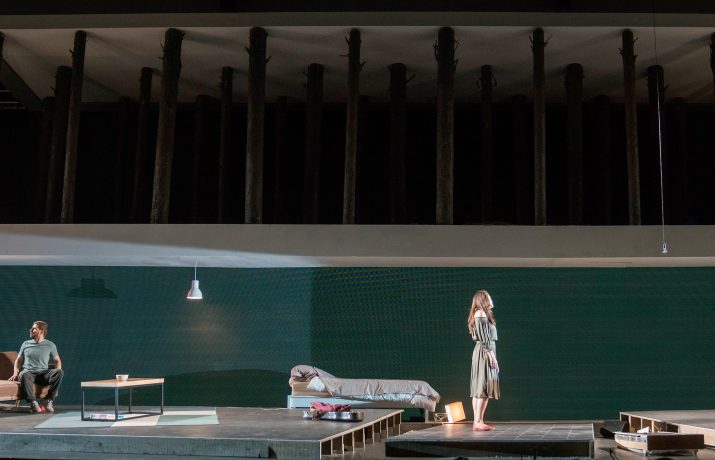 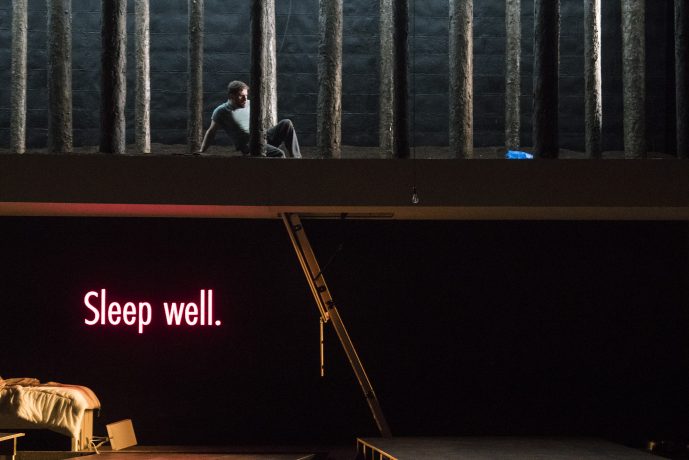 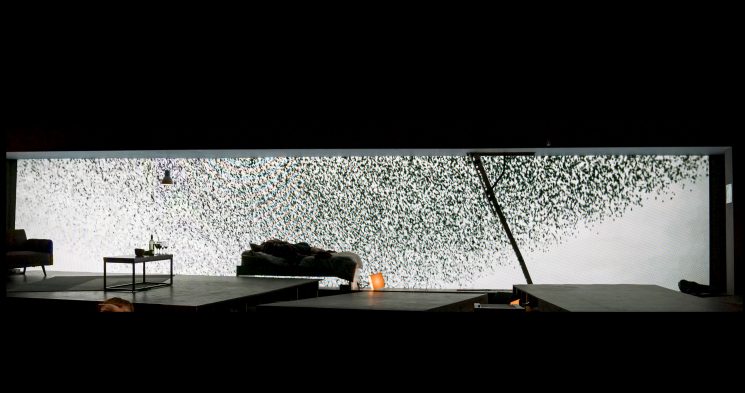 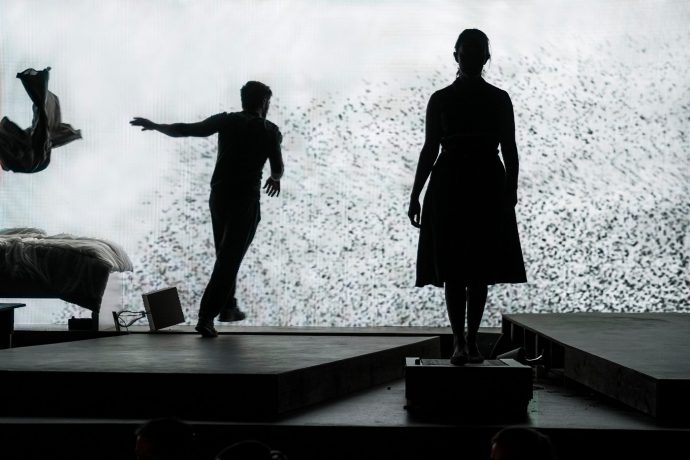 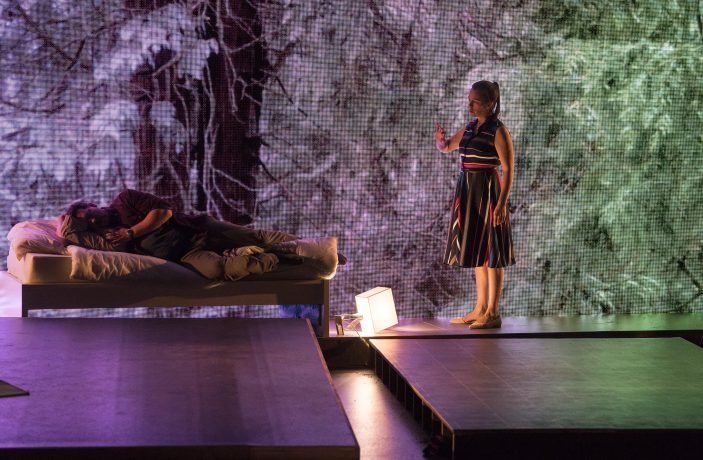 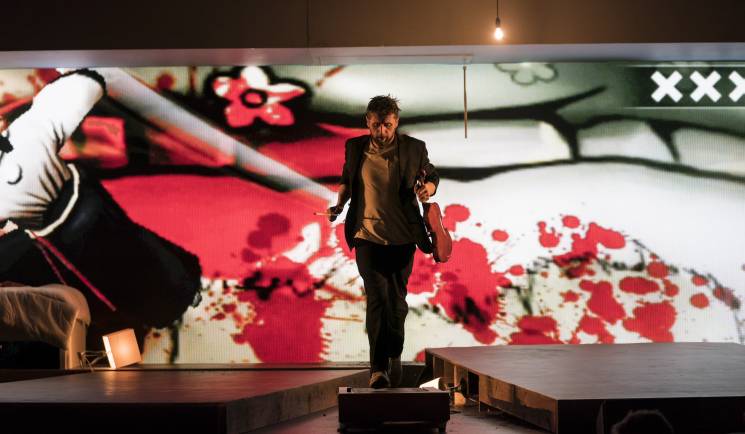 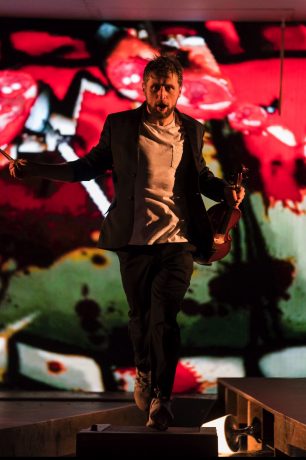 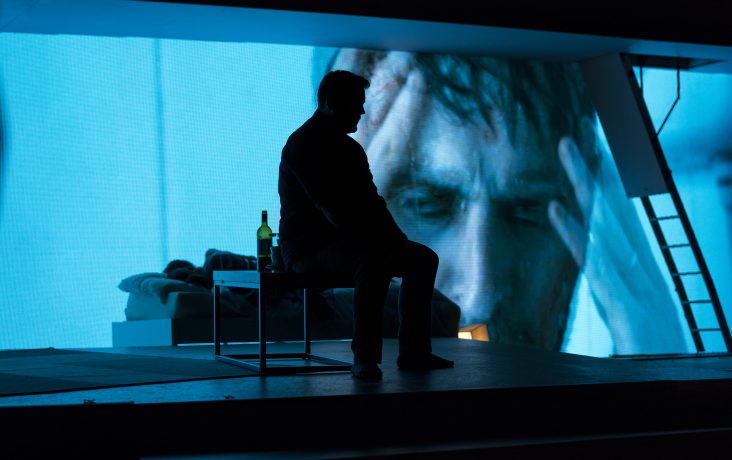 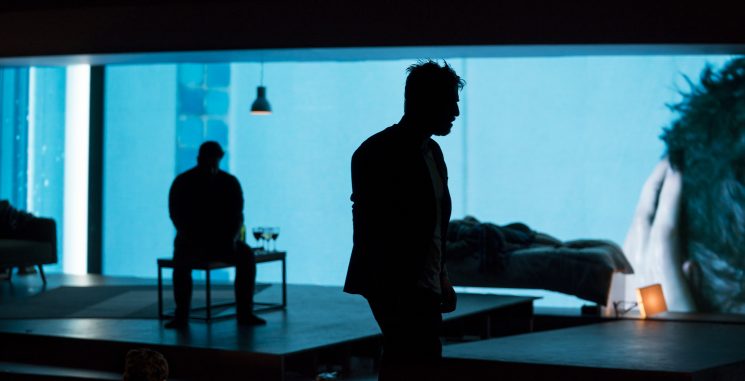 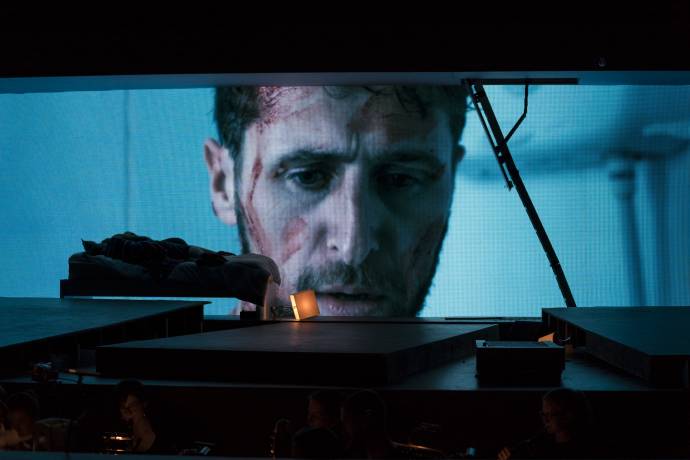 The Second Violinist (2017)
“When Jamie Vartan’s vast set opens up to reveal a forest, lit in silhouette by Adam Silverman, its bare tree trunks form an eerie colonnade. A dark fairytale is suggested, with more than a hint of Bluebeard’s Castle, while Martin seeks solace in the music of Renaissance composer Carlo Gesualdo, whose life story is anything but consolatory.
From the exhilarating score, lyrical singing, and dazzlingly intricate design, this is a work that needs to be seen more than once in order to absorb the rich detail. Like its recurring filmed image of a murmuration of starlings, it soars.”
Guardian  ★★★★★
“Enda Walsh’s direction, along with Jamie Vartan’s exceptional set design, wonderfully conveys the erratic, multi-layered, instability of an artist’s mind set adrift, with something always happening everywhere, both where you look and off on the periphery of vision. Jack Phelan’s video design is equally impressive, grounding “The Second Violinist” firmly in the gameplay, text messaging, emoji, voicemail world of the twenty-first century, making it instantly recognisable and relatable, whilst also conjuring a multi-layered, unstable universe. Complex, funny, and deeply moving, “The Second Violinist” is unquestionably one of the best new operas you are likely to see this year.”
Arts Review  ★★★★★
“Jamie Vartan’s set...rises from an orchestra pit to an uneven scatter of domestic and urban spaces, climbing higher still into an overhead forest landscape.”
Irish Times  ★★★★
“Following 2015’s The Last Hotel, The Second Violinist is Enda Walsh’s second opera, but here — through the brilliant use of set design and mixed media — he has bent the form to his will.....a stimulating and provocative thrill-ride.”
Irish Examiner  ★★★★★