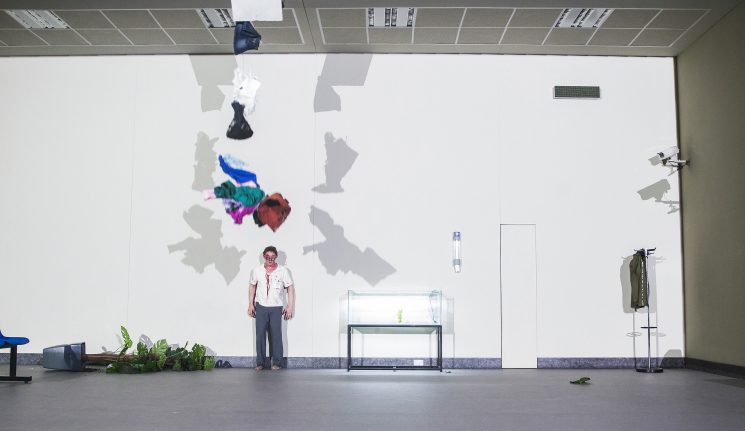 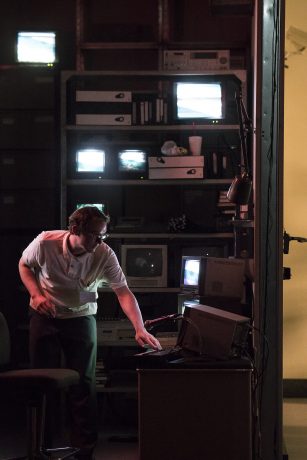 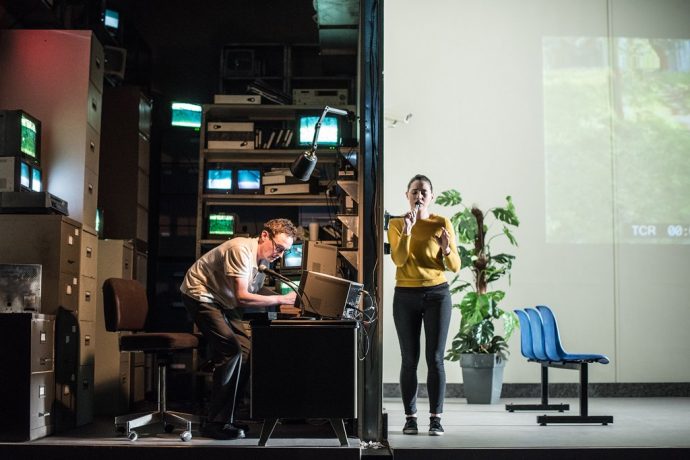 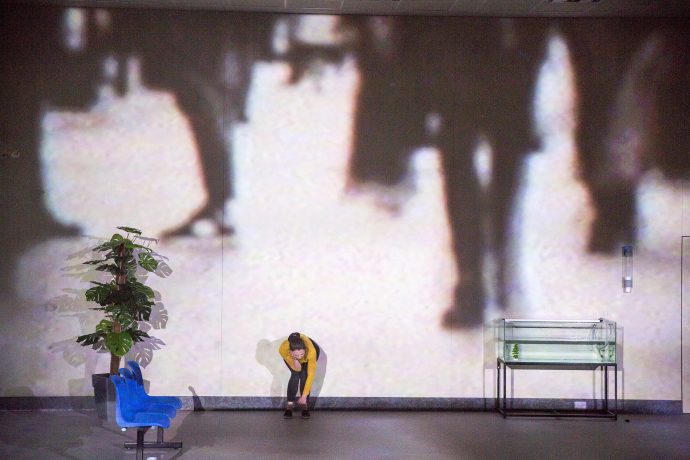 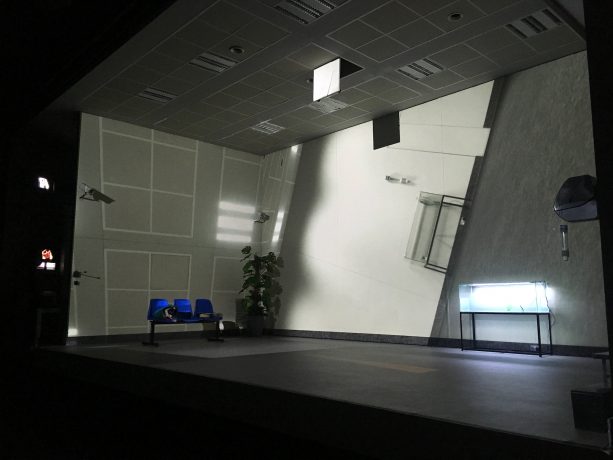 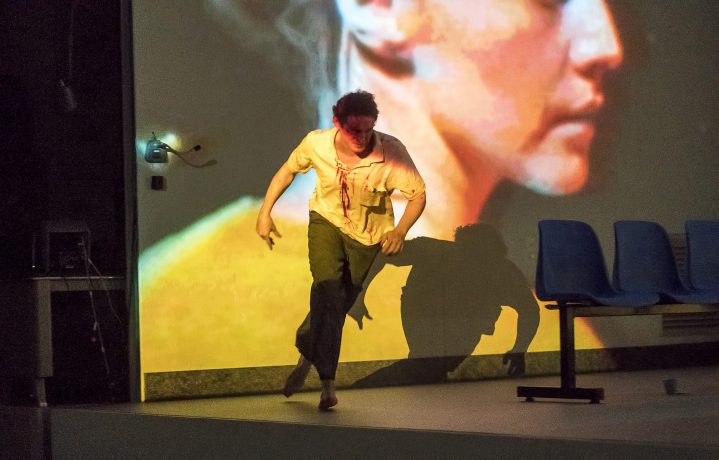 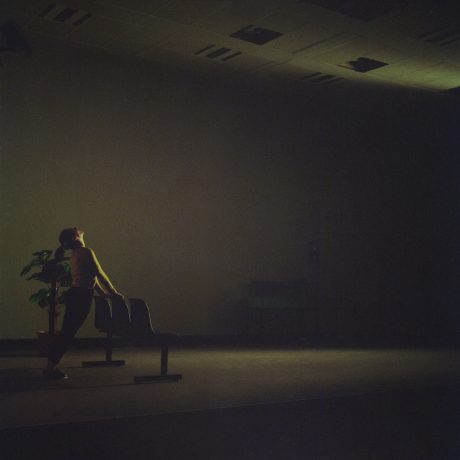 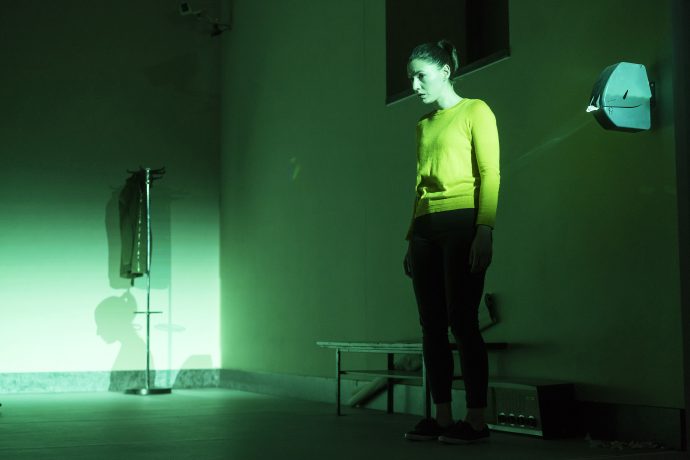 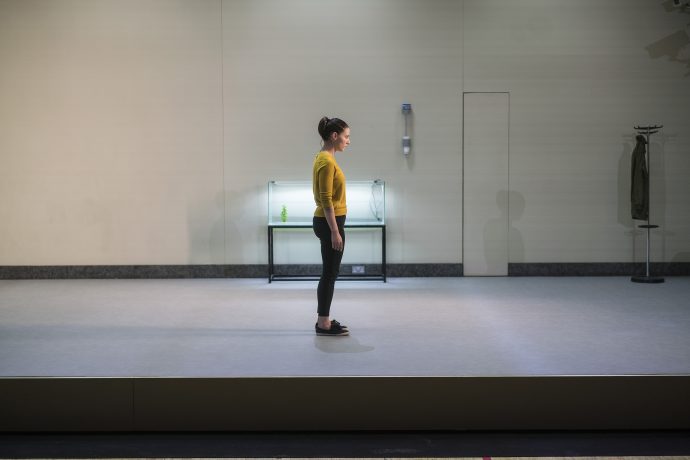 Arlington (2016)
“There is nothing whatsoever soothing about “Arlington,” which jolts the system through some of the most sophisticated visual and sound effects on display in New York. Jamie Vartan is the designer here.”
New York Times
“The set itself, designed by Jamie Vartan, is like an art installation. It depicts a waiting room of startling anonymity: three plastic chairs, a Swiss cheese plant, a ticket dispenser and a screen displaying illuminated numbers. We could be in a large hospital or an anteroom to hell. In fact, we are in one of the towers that dominate a nightmarish future city where the imprisoned Isla waits to learn her fate. Her only human contact is with a young man who sits in an adjacent control room operating the cameras that keep her under constant surveillance and listening to the stories she invents about the outside world......a new form of comprehensive, category-defying theatre.”
Guardian  ★★★★
“Walsh – he also directs – and the creative team combine stunning effects with playful physicality: think Christopher Nolan meets Charlie Chaplin. There are neat tricks in Jamie Vartan’s set, with the design team making Isla’s room come alive. Jack Phelan provides some of the most stirring video work that’s been seen on an Irish stage and Emma Martin’s choreography is visceral, with dancer Oona Doherty moving like someone trying desperately to shake off their captivity.
This is Walsh’s most overtly political play to date. There are shades of the recent refugee crisis in the sinister voice of Olwen Fouere and the mortifying conditions summed up in O’Conor’s struggle. But, hard as it is, this is not a world without compassion.
”
The Stage  ★★★★★
“Designer Jamie Vartan excels with a wonderful set that borders on being an installation. The wizard behind the curtain might be pulling the strings, but Vartan ensures it’s a digitised illusion being crafted. Cold, sterile, impersonal, with the help of video designer, Jack Phelan, it all suggests the digitisation of the human, with many scenes reminiscent of a video game. Adam Silverman’s lighting design reinforces this sense of the video game, with lights snapping on and off changing landscapes, sounds and scenes in a digital universe in which humans merely pass through. Composer Teho Teardo’s excellent score is complimented by a delicious soundtrack you just want to rush out and buy, featuring songs ranging from The Ramones to the Spice Girls. The end result is a technical masterclass, with “Arlington” delivering a technically tight and complex show, beautifully and brilliantly executed. You won’t always know where it’s going or taking you, but, like a kiss or a caress, it's best enjoyed when you just surrender to it. “Arlington” may be dark, thought provoking, swimming in loneliness and isolation, but there’s also joy to be had here in what is an utterly unforgettable experience.”
Arts Review  ★★★★